IT HAS BEEN 10 YEARS SINCE the financial crisis of 2008 caused some beneficial owners to suspend their securities lending programs and prompted many central banks to radically cut interest rates to record lows to stave off a financial depression.

Much has changed since then. Beneficial owners have largely returned to securities lending, but with a new focus on more robust performance reporting, as well as viewing securities lending as an alpha-generating activity rather than something to help cover costs (as detailed in a survey of beneficial owners conducted in late 2017 by Funds Europe magazine in conjunction with DataLend).

A host of legislation was passed to curb leverage, overly risky trading strategies and to increase market transparency. Non-cash collateral and term trades have increased as a result of new regulatory requirements and the need for balance sheet efficiency.

In the United States, interest rates have finally begun their slow climb from near zero in the form of several rate hikes from the Federal Reserve that commenced in December 2015 and accelerated in 2017. As of this writing, the Overnight Bank Funding Rate (OBFR), which the securities lending industry generally uses as a benchmark for USD cash collateral-based rebate rate trades, stands at 191 bps.

Agent lenders may be able to make a few extra basis points for their beneficial owner clients by reinvesting the cash collateral pledged by brokerdealers borrowing their securities into a wide array of typically short-duration fixed income instruments.

DataLend investigated the impact that rising interest rates had on returns generated by cash collateralized trades. The net reinvestment rate, or “above-the-line” spread, is the difference between the gross yield and the benchmark rate; it essentially shows the additional revenue generated as a result of the assets purchased with the cash collateral.

When observing collateral type as a percentage of the global total on loan over time, it is no secret that non-cash collateral has been gaining ground. Thus far, this trend has not changed as a result of the recent interest rate hikes in the U.S.

Figure 1 shows that in late October 2017, the U.S. reached a 50/50 cash versus non-cash collateral split, a big change from how U.S. securities lending long operated as a primarily cash-based market in the past.

The use of non-cash collateral pledged against U.S. assets continued to grow throughout the remainder of 2017 into 2018, where it most recently resided at a 53% non-cash versus 47% cash split. That differs markedly from the rest of the world, which currently shows approximately 85% of all outstanding loans booked versus noncash collateral and only 15% versus cash. Thus far, it seems that the recent interest rate hikes have not caused agent lenders to switch gears and take more cash collateral when lending U.S. securities, most likely due to balance sheet constraints faced by their brokerdealer counterparties. 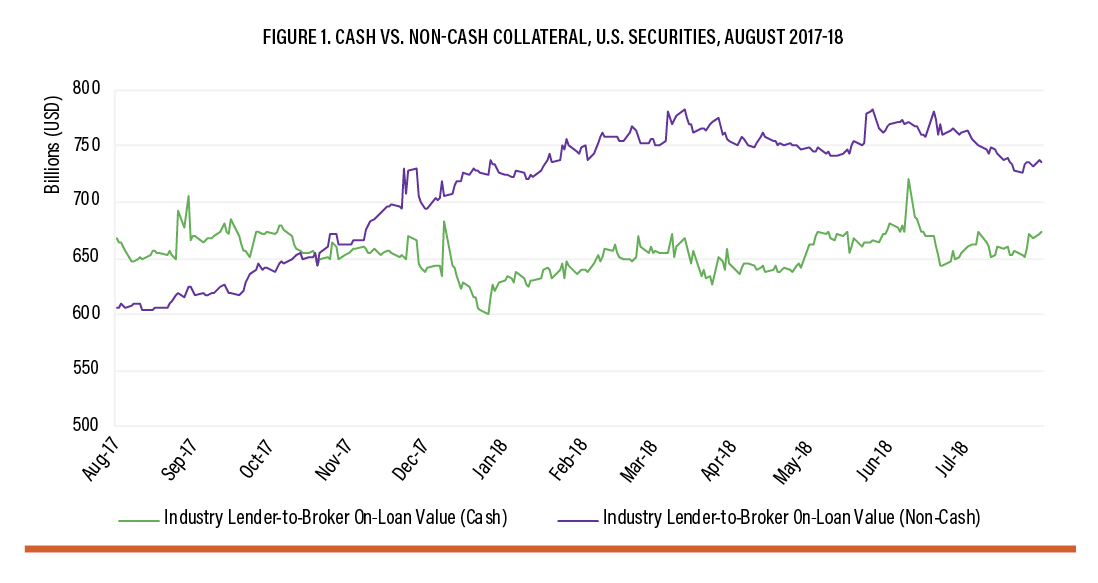 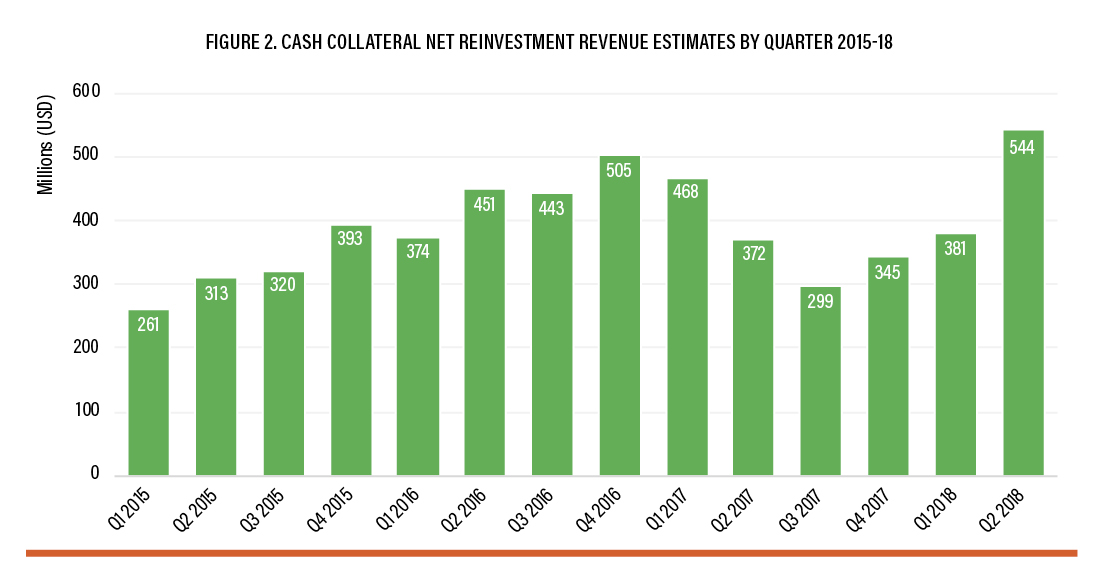