There has been substantial media coverage regarding the ongoing opioid crisis sweeping through America, from which headlines have begun to spill over into the financial world. On August 26, the Oklahoma courts handed down a ruling against Johnson & Johnson (JNJ), slapping the firm with a $572 million fine for its purported role in the epidemic within the state. The stock price sold off slightly in the days after the news, but the securities finance market did not react: Utilization remained around 1% on very low fees to borrow. DataLend analyzed data across several other firms mentioned in conjunction with the opioid crisis to see if the securities finance market has been reacting to this event.

While some of these companies have been under long selling pressure for some time now, it appears that the securities finance market has not become very involved after news of the fine. Many of the healthcare companies with direct ties to the manufacturing and distribution of opioids are well capitalized with plenty of shares in the securities finance market available to borrow.

Mallinckrodt PLC (MNK) appears to be somewhat of an outlier with a 75% utilization. Fees have recently climbed to a warm range. Even beleaguered generic drug manufacturer, Teva Pharmaceutical Industries (TEVA), which was hit with an $85 million fine by the U.S. state of Oklahoma earlier this year and has seen its share price wither over the last few years, is still trading with GC fees to borrow and a 44% utilization.

One instance where the securities finance market was very involved in an opioid crisis-related health care company was in now-bankrupt Insys Therapeutics Inc. (INSYQ), which manufactured liquid fentanyl under the brand name Subsys. Insys traded hot in the securities finance market with very high utilization figures for years before fees to borrow spiked massively in early July after a federal jury found Insys executives guilty of racketeering charges and the company filed for Chapter 11 bankruptcy.

Oklahoma Attorney General Mike Hunter suggested that the Johnson & Johnson fine could act as a “road map” for other states to follow. Some might consider a $572 million fine to be quite punishing, but when compared to the $342 billion market capitalization of Johnson & Johnson and the firm’s $5.61 billion in net income for Q2 2019, it could have been worse.

From a directional standpoint, the low fees and utilization appearing in health care companies related to the opioid crisis suggest that at present, the securities finance market may think that these companies are able to weather future fines without too much impact to their overall profitability. However, with privately held Purdue Pharmaceuticals filing for Chapter 11 bankruptcy protection on September 15 and thousands more lawsuits from various government agencies awaiting trial, these names could see increased selling pressure and more borrowing demand in the future. 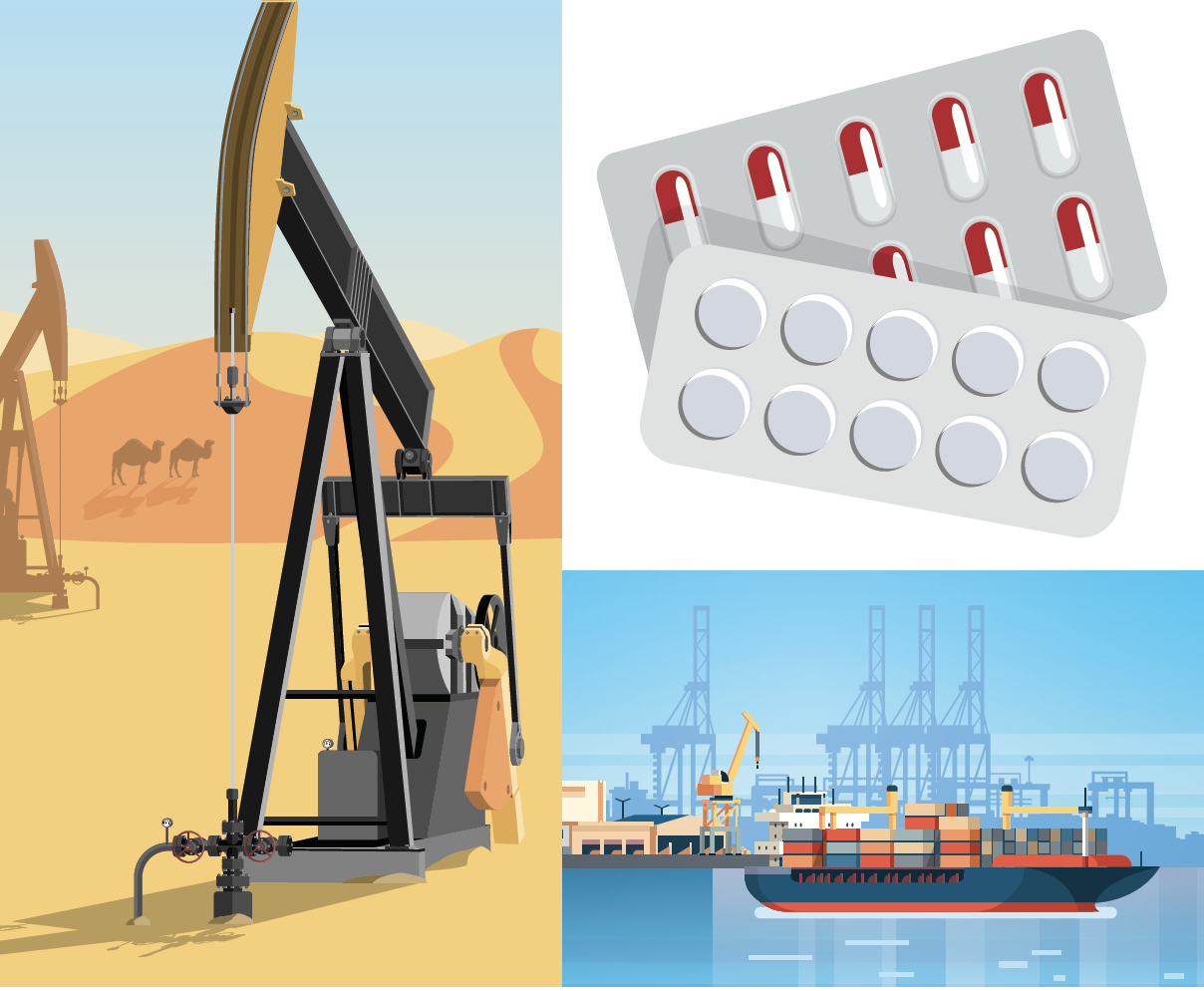 The trade wars between the U.S. and China continued to rage during the summer of 2019 with threats of an additional 10% tariff on $300 billion worth of Chinese imports, a steep devaluation in the yuan and an almost complete cessation of Chinese firms importing U.S. agricultural products, turning instead to buy from rivals in South America. Despite a flurry of meetings, promises, headlines and tweets, it seems unlikely that any agreements will be reached soon. According to Goldman Sachs, consumer prices in goods impacted by tariffs have risen significantly compared to those that have not been affected, and the firm says it could get worse.

When revisiting a few of the industries and companies profiled in our trade wars article in Issue 6 of The Purple earlier this year, DataLend demonstrates that average fees to borrow South Korean transportation industry stocks have eased from their high of 457 bps in mid-June down to 282 bps more recently. Fees to borrow Hong Kong transportation industry stocks also have cooled from 149 bps in May down to about 67 bps. The hottest securities in the Hong Kong and Korean Transportation industry most recently have included Orient Overseas (316 HK), Heung-A-Shipping (003280 KS), Hanjin Kal Corporation (180640 KS) and Hyundai Merchant Marine (011200 KS).

A similar cooling pattern is observable in Hong Kong Technology, Hardware and Equipment shares. This subsector saw very large increases in fees to borrow last fall into January of this year. Since then, however, there has been a marked decrease in borrowing fees, from a high of 515 bps on January 7 to just 131 bps by the end of August.

Conversely, the Taiwanese Technology, Hardware and Equipment industry continued to gradually heat up over the summer, rising from just below 400 bps in early March to 500 bps in early August. Some of the hotter names in this industry at present include Yangtze Optical Fibre and Cable (6869 HK), Camsing International Holdings (2662 HK), Walsin Technology Corporation (2492 TT) and Yageo Corporation (2327 TT).

The Hong Kong Capital Goods industry also has seen some changes since the beginning of this year when fees to borrow averaged close to 250 bps. Fees subsequently dropped to 95 bps by the end of August. A similar pattern can be seen in the South Korean Capital Goods industry as well; average fees reached a mid-April high of 306 bps and cooled down to 213 bps by late August.

One of the main purposes for the initiation of tariffs against the United States’ many trading partners was to reduce the overall purported $621 billion trading deficit (with China supposedly contributing a whopping to 47% of that total) in an effort to create more jobs. It seems unlikely that the Trump administration will back away from recent additional tariffs, and still more could be in the wings. While many of the Asian industries and companies reviewed have seen their fees to borrow ease, they could reverse course at a moment’s notice given the fragility of negotiations to date. The next shot fired (or tweeted) in the trade wars could happen at any time.

Attacks on Saudi Arabia and Oil

Just prior to this issue of The Purple going to press, a surprise attack allegedly carried out by Iranian operatives hit Saudi Arabia’s Abqaiq oil processing facility on September 15. The attacks took almost 50% of Saudi Arabia’s oil production offline in just minutes, perhaps the worst supply disruption the world has ever seen.

This caused an oil supply shockwave to reverberate around the world: The price of crude jumped almost 15% from $54.85 Friday, September 13, to $62.90 on Monday the 16th, one of the largest percentage increases on record. Other immediate impacts to the market included the postponement of mega-IPO Aramco, a presidential authorization to release oil from the U.S. Strategic Petroleum Reserve, a bump in the price of U.S. shale oil companies and some selling pressure for U.S. refiners.

Some movements of note in the securities finance market following the attack include an increase in fees to borrow U.S. Oil, Gas Exploration & Production and Gas Storage and Transportation securities. Some of the names trading with noticeably higher fees including Yuma Energy Inc. (YUMA), New Concept Energy Inc. (GBR), Pedevco Corp (PED), Synthesis Energy Systems (SES), Torchlight Energy Resources (TRCH), NGL Energy Partners LP 9% Preferred Shares (NGGLP) and others. Fees increased as a result of short sellers reacting to the price per share jumps in many of these names after the supply disruption.

This recent sneak attack combined with previous attacks against and confiscation of oil tankers in the Strait of Hormuz by Iran’s Revolutionary Guard in June this year suggest increased volatility in the energy sector. In the words of Credit Suisse energy analyst Saul Kavonic: “Political-risk premiums are now back on the oil-market agenda.”

In other breaking news, borrowing rates soared from 2.29% to reach an intra-day high of 10% on Tuesday, September 17, a move that shocked the markets and triggered dark memories of the 2008 liquidity crunch. The Federal Reserve stepped in, providing $53.2 billion worth of liquidity to tamp rates back down to their targets. Additional rounds of liquidity injections at $75 billion each came into play over the following days.

DataLend reveals that the on-loan balance of U.S. Treasurys dropped from $648.5 to $629.8 billion from September 16 to the 17th, while volume-weighted average rebate rates for U.S. Treasurys booked versus cash collateral jumped from just under 250 bps to 479 bps during the same timeframe, an astonishing 91% day-over-day increase. A similar move was observed in rebate rates for U.S. Agencies versus USD cash collateral. 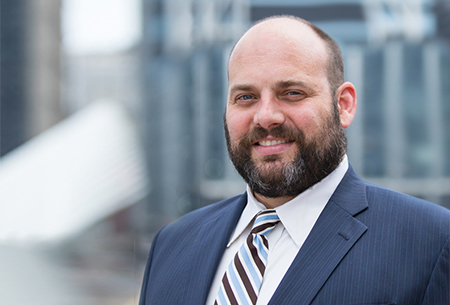