We spell our our metrics, how we calculate them and what they mean for the securities finance and cash markets.

WITH the introduction of specialized market data providers such as DataLend, monitoring metrics on a daily basis has become a critical task for participants in the securities finance market. A variety of important metrics available via the DataLend platform can help clients form opinions on current market trends, including:

ON LOAN AND LENDABLE

Probably two of the most common metrics associated with securities lending are on loan, the total amount of a security currently loaned out in the market, and lendable, the total gross inventory of a security. Both of these can be reviewed in terms of value or quantity, and together they are often used as a cornerstone when calculating other data points, such as utilization and days to cover.

As of April 1, 2019, DataLend tracked approximately $2.3 trillion worth of securities on loan and $19.9 trillion in lendable across the global securities finance market. DataLend has observed the total lendable trend steadily upward over the last few years, which in turn has led to increased global revenue, as noted by DataLend’s announcement in January of a record year in 2018.

The fee (or rate) is a fee charged by a lender to a counterpart for borrowing securities. The fee depends on the difficulty of borrowing a security—the more difficult it is to borrow, the higher the fee. The borrower must provide collateral back to the lender in the form of cash or securities.

DataLend calculates a range of volume-weighted average fees to give traders a view of how a security is being priced or how it has changed over time. For example, Fee All is calculated based on all open transactions, whereas Fee 10 only takes into account those transactions that have taken place in the preceding 10 days. Generally, the VWAF is calculated by summing the value of each transaction (loan value multiplied by the fee) and dividing by the total loan value.

Utilization is defined as the ratio of the on-loan quantity divided by the total gross inventory value of the security. The utilization metric in DataLend is based solely on the lender-to-broker market data provided by our clients and is one of the most critical and often-viewed metrics in the industry.

Utilization can also be more easily understood as a ratio of demand versus supply. For example, as depicted in the graph below, Alphabet Inc. (GOOG) typically has a utilization of less than 1%, because the stock has a high market capitalization and vast lendable balance relative to the demand to borrow shares for shorting or other purposes. On the other hand, Tesla Inc. (TSLA) may have a much higher utilization because of its lower market capitalization and higher demand to short compared to the number of lendable shares.

An increase in utilization can also suggest an increase in demand of a security, which in turn can see an increase in the fees charged to borrow. You can see in the below chart for the Energy sector that over the course of 12 months the general trend in fees matches the flow of utilization.

Utilization vs. Fee All (Energy Sector)

Short interest can be used as an indicator of market sentiment: A very high short interest indicates investors are pessimistic, potentially overly so, which in turn could lead to a very sharp price rise in the form of a short squeeze given the right catalyst. Large changes in the short interest can also be used as warning signs that the market may be turning bearish or bullish on a given security.

This theory can be corroborated by studying the stock price and short interest percentage for TSLA over the last 12 months and noticing how the two rise and fall out of phase. In October 2018, Tesla’s CEO Elon Musk settled with the SEC over allegations of fraud relating to tweets made earlier in the year, which caused the security price to increase sharply. Short sellers covered, reducing the on-loan quantity, and as a result the short interest in Tesla dropped.

The days to cover metric attempts to measure the number of days it may take to cover a short position. Days to cover is used by traders primarily as a short squeeze indicator. A short squeeze may occur in a heavily shorted, thinly traded security that has had unexpected positive news or buying activity. This activity may trigger the short sellers to cover their positions. The higher the days to cover, the more difficult it may be to cover a short position without paying higher prices to buy the security back.

DataLend calculates days to cover by comparing the loan quantity of a particular security against the average trading volume over the last 30 days.

For example, if a company has a 30-day average volume of 1 million shares trading in the cash markets, and 2 million shares are currently on loan in the securities finance market, the shares have a cover rate of two days. Days to cover is also often referred to as the short-interest ratio. For more information on this dynamic, refer to “Short Meets Long: When Securities Lending Data Illuminates Market Sentiment” in Issue 3 of The Purple. Put simply, the longer the buyback process takes as referenced by the days to cover metric, the longer the price rally may continue based solely on the need of short sellers to close their positions.

Sticking with the TSLA and GOOG examples, throughout 2018 it would have taken less than a day to cover off any GOOG shorts; however, at its peak, TSLA would have taken close to a week. The rises and falls in days to cover in August and October, respectively, also coincide with Musk’s tweets and later settlement with the SEC.

As utilization, short interest and days to cover fluctuate, these and other metrics may reflect growing demand to borrow a security. As that demand grows and lendable supply dwindles, the security may trade “special.” For more information on specials, see “What Drives Demand in Specials?” in this issue of The Purple.

A LITTLE IS GOOD, MORE MUST BE BETTER

All of the metrics described can be extrapolated and applied to industries, sectors, asset classes, countries and even regional levels. This is where DataLend’s Macro Analyzer becomes an invaluable tool for traders and analysts alike: The ability to cut and slice DataLend’s vast warehouse of securities finance data across multiple parameters is as simple as a couple of mouse clicks.

Combining metrics such as utilization, days to cover and short interest percentages with the more familiar data points used in the securities lending industry gives greater insight and allows market participants to form a broader picture of the current market sentiment from the security level all the way through to the entire $2.3 trillion global securities finance market. 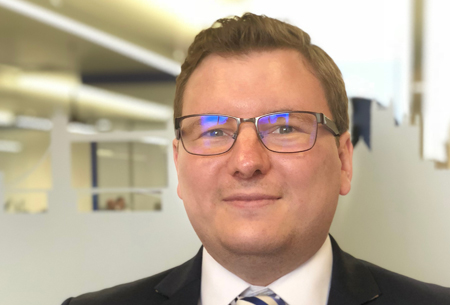