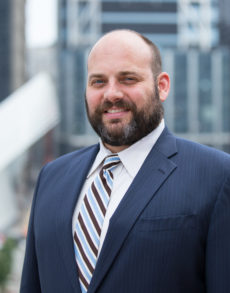 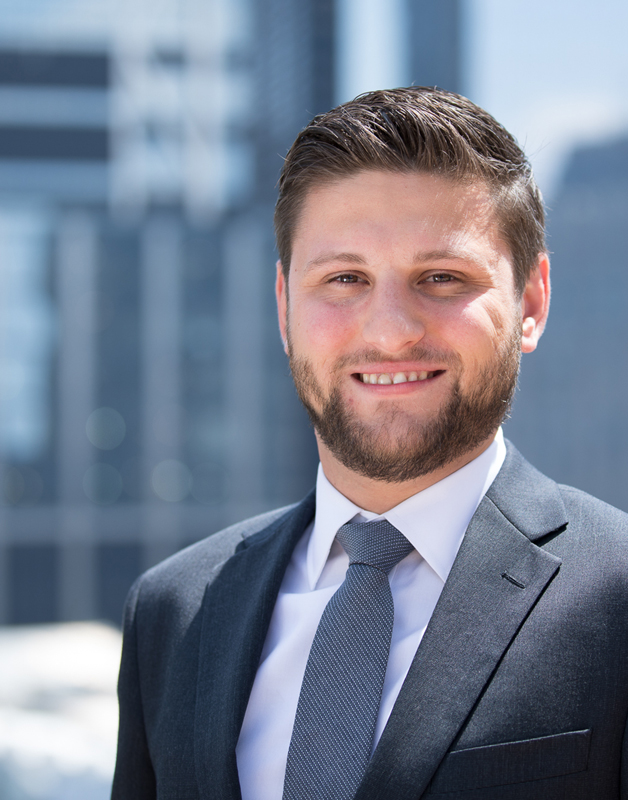 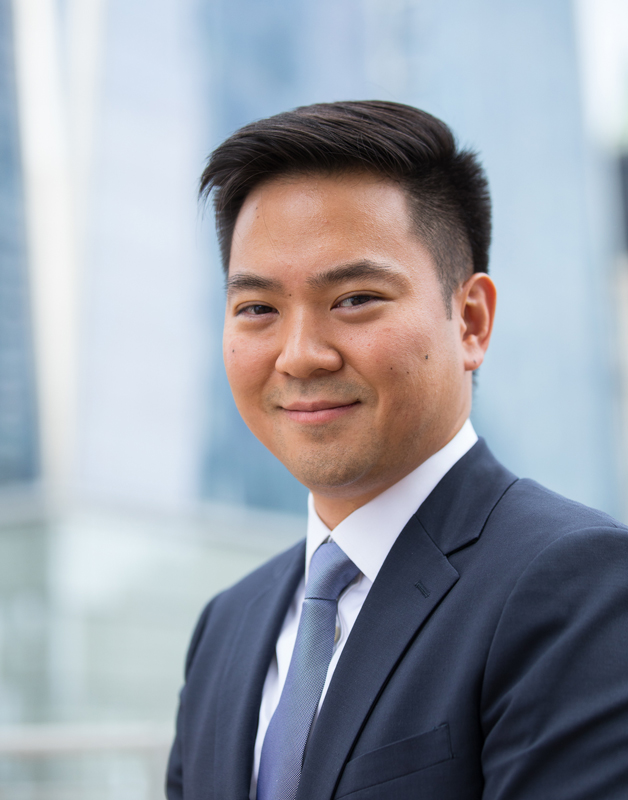 On-loan and inventory balances for North and South America grew in the first half of 2017, buoyed by continued strong performance in the cash markets. The average lendable inventory of $10.38 trillion and average on-loan balance of $1.32 trillion produced a 12.7% utilization for the two regions; average fees across the Americas were 35.6 bps, with a total of $2.32 billion in lender-to-broker revenue generated in the half-year. Equities were responsible for almost $1.7 billion in revenue, while fixed income generated $618.6 million in revenue for the first two quarters of 2017.

The Consumer Discretionary sector has been the most profitable this year in the Americas, grossing $392.8 million in revenue from volume-weighted average fees of 77 bps during the first half, despite representing a  6.7% decrease from H1 2016’s $421 million in revenue. The U.S. contributed $378 million to the sector’s overall revenue. Tesla was once again the top revenue-generating security in this sector (and in the U.S. market as a whole), grossing $55.4 million, although down substantially from the $110 million it generated during the same time last year. GoPro was another familiar name in the first half of 2017, producing $38.6 million in revenue for agent lenders. Other in-demand companies such as Under Armour, Sears Holdings, Sirius XM Holdings and Restoration Hardware all helped to drive profitability in the Consumer Discretionary sector so far this year.

In the fixed income lending market, U.S. Treasuries grossed $394.4 million worth of revenue from fees averaging 15.43 bps for the first half of 2017. This represents a nearly twofold increase in revenue from the $199.6 million for the same period last year. Canadian sovereigns followed this trend, with lending revenue increasing from $11.48 million in the first half of 2016 to $27.4 million this year. Rises in on-loan balances and fees to borrow U.S. and Canadian sovereign debt was in line with global trends, caused by demand to borrow high-quality liquid assets (HQLAs) due to regulatory pressures.

Canadian equities grossed $218.8 million in the lending market for the first half of 2017. While the Canadian healthcare sector wasn’t the most profitable in the country, it was amongst the hottest, commanding an average fee of 486 bps for the period. The nascent medical marijuana industry helped to heat up the Canadian healthcare industry—one example is Canopy Growth, which was trading at very hot average fees to produce a little over $5 million in revenue in H1 2017.

Canada’s overall lending revenue has increased to $267.5 million on fees of almost 40 bps during the first half of 2017, an 8.7% increase from the $246 million grossed during the same period in 2016. Equity lending was responsible for $218.8 million of the total, while fixed income contributed the balance of $48.7 million. The Canadian financials sector was responsible for $88.8 million in revenue for the first half of 2017. Home Capital, the most profitable name in the Canadian lending market, contributed $30.17 million to the total. The Canadian Energy sector came in as the second most profitable for H1 2017 with $40.7 million in revenue. Enbridge Inc. was the number-two name, yielding $14.9 million.

Elsewhere across the region, the asset class mix is quite different. Brazil and Mexico are the largest equities markets in the region, while other regional markets are more dependent upon fixed income lending for revenue. Brazil generated $14.7 million in revenue on volume-weighted average fees of 120 bps with an overall utilization of 16.5% for the first half of 2017; Brazilian equities were responsible for $11.5 million of the total revenue. By contrast to Brazil, Mexico was a fairly cool market with fees averaging around 38 bps combined with a low 5.6% utilization to generate $7.2 million in revenue during the same timeframe. Chile was another warm market in South America for the first half of 2017, with fees averaging around 115 bps to gross $6.5 million in fixed income lending revenue for the region. Although a much smaller market, Venezuela also contributed $1.75 million to South America’s total revenue on fees averaging 146 bps to borrow various sovereign and state debt during a period of increasing unrest there. 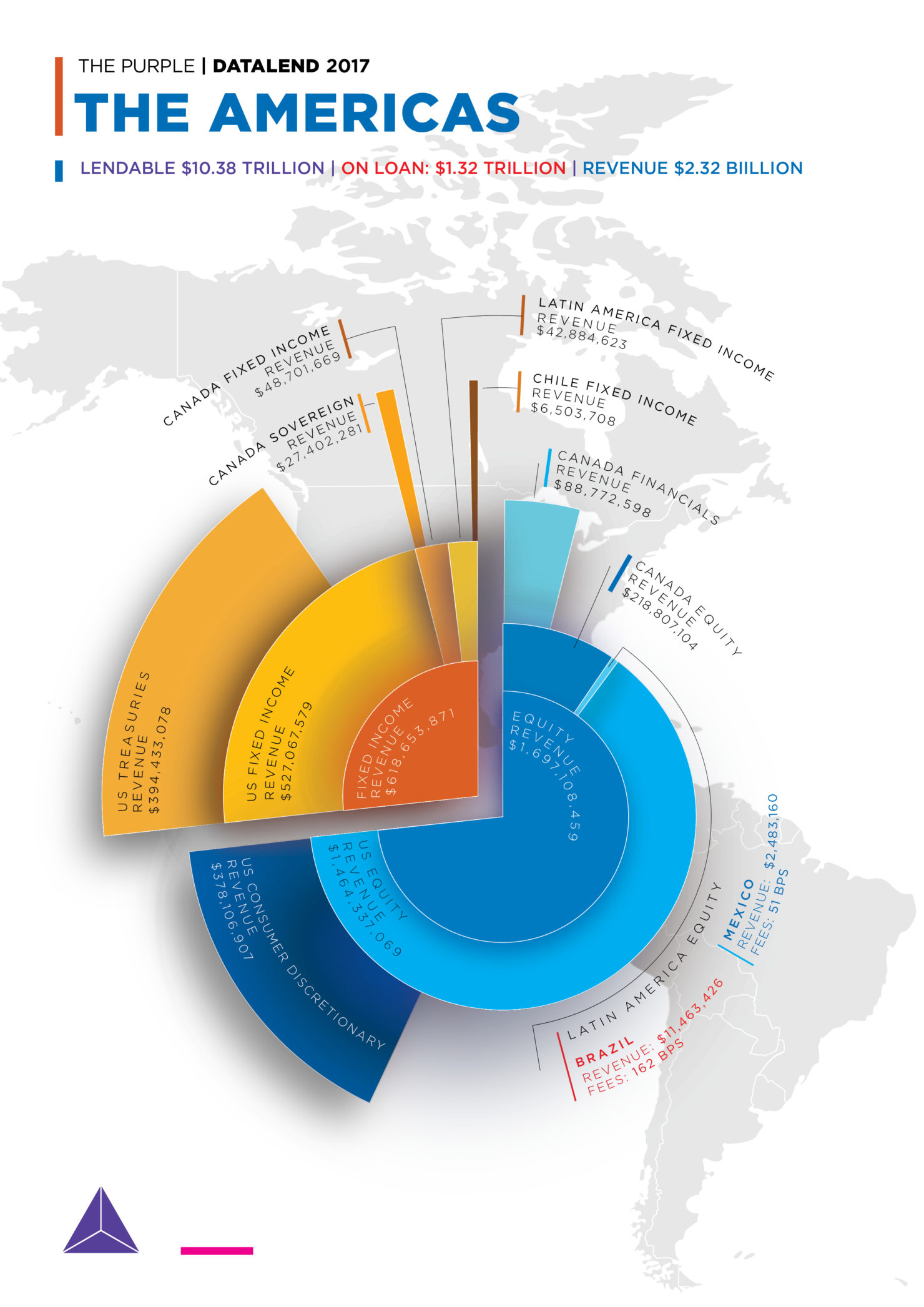