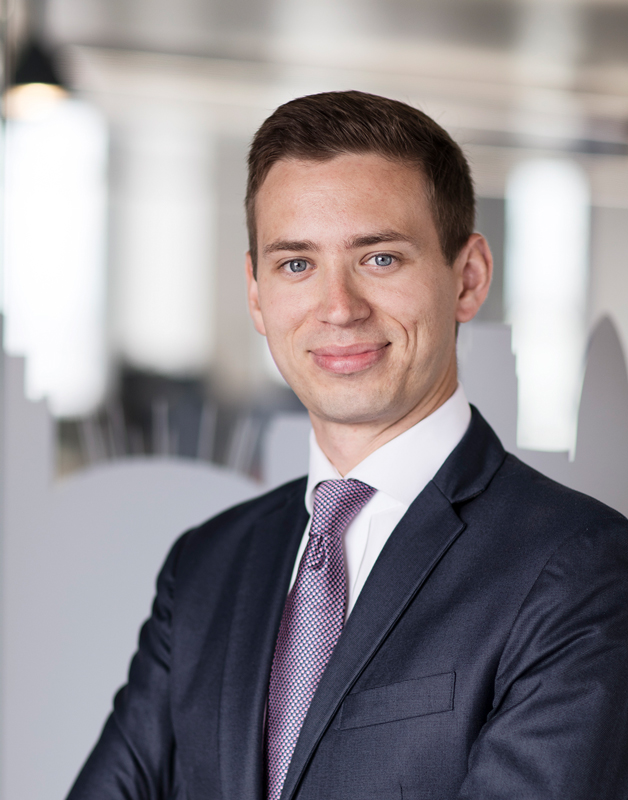 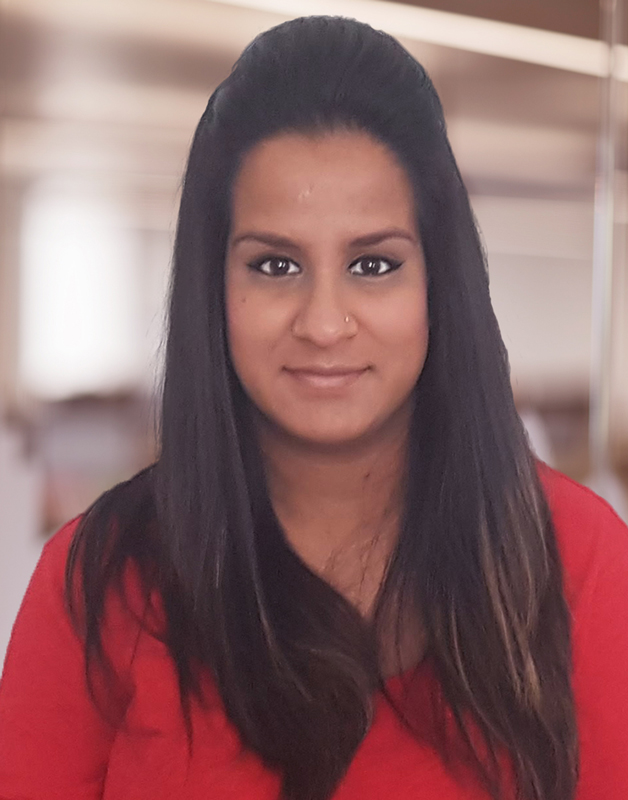 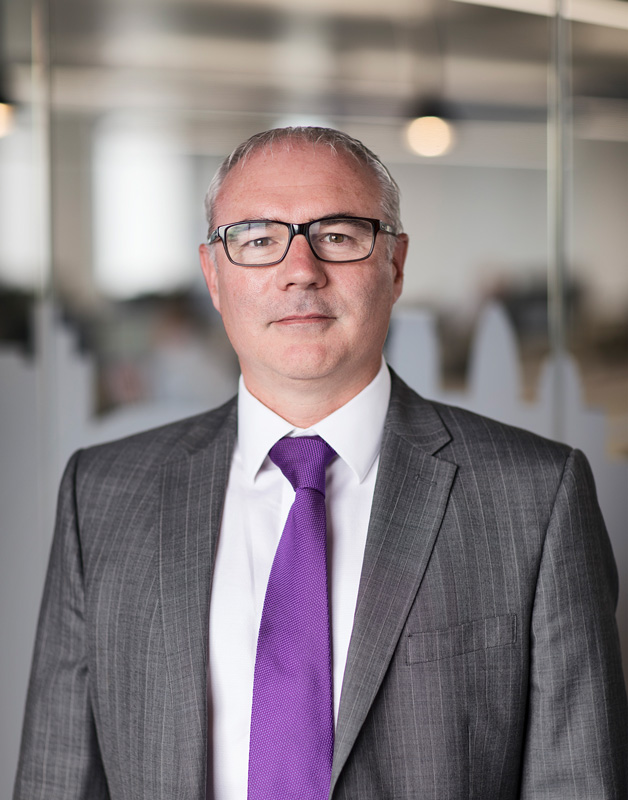 The EMEA region saw a decrease in overall securities lending revenue in the first half of 2017 compared to the same period in 2016, which was in line with global trends in the industry. While a year-over-year weakness in equity fees was observed for most of the region, the demand for high-quality liquid assets (HQLAs) combined with the European Central Bank’s quantitative easing helped to bolster fees and revenue for EMEA sovereign debt.

Select markets within the region ran contrary to the trend of overall revenue downturn. In Germany, a 12% increase in revenue from $191.3 million to $214 million was driven by a significant rise in Bund demand; German sovereign debt on-loan balances rose from $76 billion in the first half of 2016 to $91 billion in the same period in 2017, while utilization rose from 50 to 54%. Fees to borrow German Bunds also increased by 40% during the timeframe, from 14.79 bps to 20.83 bps, generating $93.8 million in revenue.

Increased demand for sovereign debt was evident across almost the entire region, with average fees to borrow European sovereign debt up from 15 bps to 18 bps and average on-loan balances up from $241 billion to $289 billion year over year. The increase in fees and loan balances helped to return $259 million in gross revenue for the first half of 2017 compared to $191 million during the same period last year as firms sought to boost their HQLA holdings to meet regulatory requirements.

An 11% year-over-year total revenue increase in Italy was driven by an upsurge in borrowing activity for Italian sovereign debt. Sovereign debt revenue rose from $3.4 million in the first half of 2016 to $16.6 million during the same period this year off the back of elevated loan balances of $22.5 billion, way above the $7.2 billion observed for the same period in 2016. Fees were also up from 9.56 bps to 14.93 bps, and utilization rose from 13% to 25%. Increased demand for Italian sovereign debt appears to be caused by the European Central Bank’s quantitative easing operations leading to a scarcity of supply in European sovereign debt.

France saw a slight increase in revenue from the $363.7 million realized in the first half of 2016 to $369 million for the same timeframe this year, making it by far the most profitable country in the region. While revenues for lending French equities were off by $12 million, revenues from lending French sovereign debt made up for the shortfall. Volume-weighted average fees to borrow French sovereigns rose from 15.6 bps to almost 18 bps year over year. Utilization also increased slightly during this time, from 42% to 44%. This helped lenders of French sovereigns realize $51.35 million in revenue for the first half of this year, up 42% from $36.2 million from the same period in 2016. Similar to trends observed elsewhere in Europe, the demand for HQLAs combined with European Central Bank operations have created increased demand to borrow French sovereigns.

On the flipside, there were notable decreases in lending revenue in other areas of Europe, particularly from the Nordics and the United Kingdom. The Nordic equity markets were hit hard by a cooling of some previously very hot names. In Denmark, year-over-year revenue dropped by 62% from the $32.4 million realized in the first half of 2016 to just $12.26 in the first half of 2017. While on-loan balances were slightly up, fees to borrow equities were down substantially from their 2016 levels of 131 bps to only 43 bps for the same timeframe in 2017. Top-earning pharmaceuticals company Novo Nordisk saw a year-on-year drop in revenues from $7.9 million in H1 2016 to $1.5 million in 2017, as average fees dropped by 80%.

Similarly, Finland and Norway saw 33% and 30% reductions in lending revenue, respectively; both countries exhibited a similar trend of slightly reduced loan balances and a drop in equities fee averages of more than 50 bps. A prime example is Finnish Telecommunication firm Nokia, whose fees dropped by 14% year over year.

In the U.K., equity loan balances hovered around $40 billion, while fees dropped from 64 bps in the first half of 2016 to 49 bps in the same period this year to yield $104.5 million in lending revenue. U.K. fixed income ran contrary to global trends as the on-loan balances actually dropped from $72 billion to $68 billion; fees also dropped slightly from 19 bps to 18.2 bps. The decrease in on-loan balances is a result of the significant drop in the value of Sterling post-Brexit, impacted by continued uncertainty as the U.K. haggles over political and economic terms. Downturns in both equities and fixed income resulted in an overall 22% year-over-year downturn in revenue for the U.K. from $214 million to $166 million.

The EMEA region remains a diverse and profitable marketplace for securities lenders. Across the region, there is a general upward trend of total lendable balances buoyed by continued strength in the cash markets. While EMEA lendable balances increased from $3.7 trillion to $4.7 trillion from August 2016 to August 2017, the overall regional utilization has remained steady between 13-14%; revenue generated in the region totalled $1.5 billion in H1 2017 compared to $1.7 billion in H1 2016. 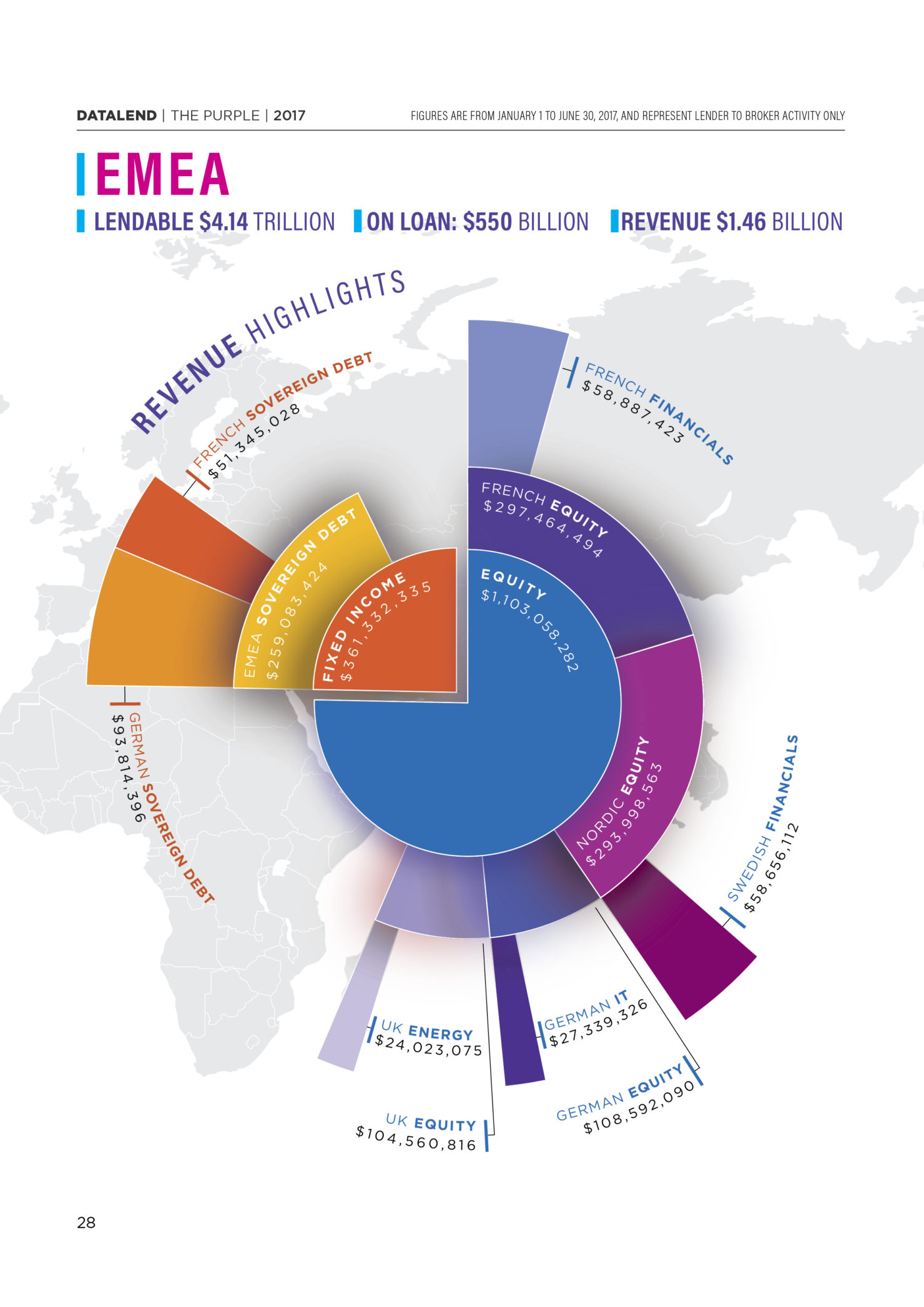